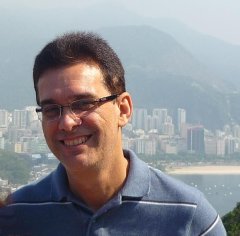 Augusto Sampaio is a graduate of Centro de Informática (CIn) at Universidade Federal de Pernambuco (UFPE) (BSc 1985 and MSc 1988) and Oxford PhD, 1993. Since 2007 he is a Software Engineering Full Professor at CIn-UFPE. In 2018, he received the Scientific Merit Award from the Brazilian Computer Society. In 2017 he was awarded by the Brazilian Special Commission for Software Engineering as an Honoured Researcher. In 2016 he received the title of Doctor Honoris Causa from the University of York, UK. In 2010 he received the title of Comendador da Ordem Nacional do Mérito Científico (Commander of the National Order of Scientific Merit) awarded by the Brazilian Presidency. Since 1995 he holds a position from CNPq (the Brazilian National Research Agency) as Productive Researcher (and, with the highest level, since 2017).