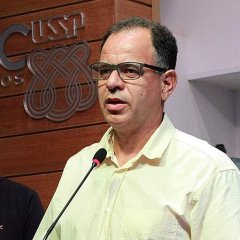 Bio: Adenilso Simao received the BS degree in computer science from the State University of Maringa (UEM), Brazil, in 1998, and the MS and PhD degrees in computer science from the University of Sao Paulo (USP), Brazil, in 2000 and 2004, respectively. Since 2004, he has been a professor of computer science at the Computer System Department of USP. From August 2008 to July 2010, he has been on a sabbatical leave at Centre de Recherche Informatique de Montreal (CRIM), Canada. He has received best paper awards in several important conferences. He has also received distinguishing teacher awards in many occasions. His research interests include software testing and formal methods.